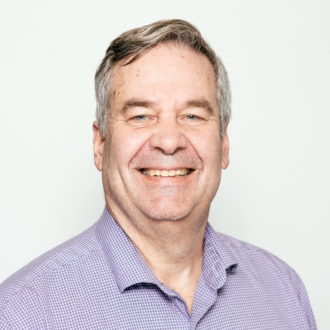 Paul Maslin has been one of the leading public opinion analysts and campaign strategists for more than three decades. Paul joined FM3 in 1993, founding the firm’s Oakland office and is currently based both in Madison, Wisconsin and Los Angeles.

His most noteworthy recent work includes polling and providing strategy for Doug Jones in the 2017 Alabama special election for U.S. Senate, the combined 2018 effort to elect Kyrsten Simena U.S. Senator from Arizona, and the ongoing Quality of Life Index for UCLA’s Luskin School of Public Policy, a groundbreaking assessment of life in Los Angeles County. Paul also was the lead strategist on two of the toughest and most prominent Democratic Senate victories in recent years, working for Patriot Majority which ran the independent expenditure campaign in 2010 on behalf of Nevada Senator Harry Reid, and then for Majority PAC/Emily’s List in a similar role for Tammy Baldwin in her victories in Wisconsin in 2012 and 2018. He was the pollster and strategist for Governor Gray Davis of California, as well as the pollster for Howard Dean’s landmark Presidential campaign in 2004. Maslin has advised dozens of Senators, Governors, members of Congress, and big city mayors in every region of the United States, and has polled for seven Presidential candidates.

Paul has worked on dozens of ballot measure campaigns, ranging from drug policy reform and Indian gaming to parks and water bonds and school funding, stadium construction to community college expansion. He helped form the strategy in the successful effort to reject California’s Proposition 6 in 2018, which if passed would have stopped billions of dollars of critical road repairs and improvement projects. He led a bipartisan polling project which found that Americans and Floridians were increasingly receptive to normalized relations with Cuba more than a year before the Obama Administration changed US policy, and he has worked throughout Central and South America. Paul is an accomplished focus group moderator and has written or commented for a variety of publications and news shows, including The Atlantic Monthly, Salon, and several major networks and daily newspapers.

Paul Maslin attended Harvard University receiving his B.A. in government in 1978. He was born in Inglewood, California but grew up primarily in Pennsylvania. He began his career working on the successful 1976 campaign of Jimmy Carter. He has three children—Samuel, Sarah and Olivia. He is an avid supporter of Tottenham Hotspur Football Club.