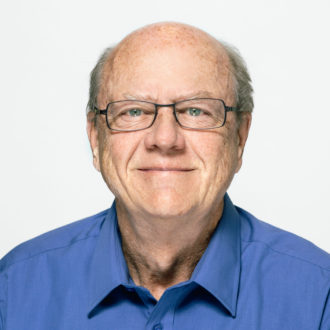 John Fairbank has more than thirty-five years’ experience in public opinion research and policy analysis, specializing in ballot measures and advising candidates on national, state, and local levels.  As a founding partner of Fairbank, Maslin, Maullin, Metz & Associates (FM3 Research), John has consulted for clients in the areas of government, politics, education, business, non-profits, and labor.

John has been involved as the principal voter opinion researcher and strategic advisor to successful candidates across the country running for offices including the United States Senate and House of Representatives, as well as for governor, mayor, and other state and local offices.  He has served as pollster for U.S. Senator Patty Murray of Washington since 1992 as well as numerous members of California’s congressional delegation including Reps. John Garamendi, Mike Thompson, Jimmy Panetta, Tony Cardenas, Grace Napolitano, Norma Torres, Lou Correa, and Juan Vargas. John has also helped elect numerous high-profile state and local elected officials throughout California, including Los Angeles County Supervisor Janice Hahn and Long Beach Mayor Robert Garcia, among others.

In addition to his work on candidate races, John works extensively on ballot propositions, initiatives, and referendums that focus on transportation, education, affordable housing, water, libraries, parks and recreation, conservation, environmental/climate protection,  health care, cannabis, and public safety – particularly state and local bond and special tax measures. Most recently, his research in support of Proposition 19 on California’s November 2020 statewide ballot helped close a notorious loophole in California’s property tax system while providing additional critically needed revenue for local fire protection. His statewide research also played a key role in securing legislative approval for Governor Brown’s transportation funding package, SB-1, in 2017, and defending that same funding in 2018 by helping pass Proposition 69 (a constitutional amendment dedicating all SB-1 revenues for transportation) and defeating Proposition 6, a measure which threatened to repeal SB-1’s $5 billion to $6 billion in annual gas taxes.  His work in 2018 also aided the passage of both Proposition 1 and Proposition 2, providing a combined $6 billion in funding for affordable housing – including dedicated funding to create housing for Californians experiencing mental illness and homelessness.

In addition to his research for political and public agency clients, John has consulted for both business and non-profit sectors.  He has worked for many leading companies and organizations including The Walt Disney Company, NBC/Universal, Airbnb, and Mercury Insurance.  In the non-profit sector, John has advised such organizations as The Nature Conservancy, the Trust for Public Land, the League of California Cities, the California Association of Realtors, California’s Coalition for Adequate School Housing (C.A.S.H.), the Building Industry Association of California, and the California School Boards Association.

John graduated from UCLA and serves as a Senior Fellow at the UCLA Luskin School of Public Affairs.  He lives in Los Angeles.