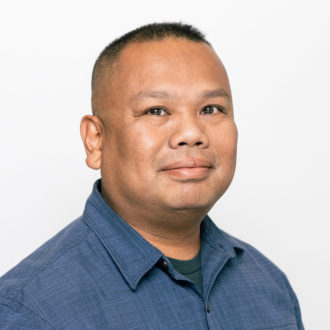 Renato G. Villacorte joined FM3 Research in 2002 as the Senior Statistician and consultant on research methodologies and advanced data analyses. Renato started his career in academia in Experimental Psychology where he developed expertise in data collection technologies, statistical programming, and predictive modeling. He taught Descriptive Statistics and other lower division Psychology courses at Cal State University Los Angeles before entering a doctoral program at the University of California in 1996. At Cal, he pursued research in Psychophysics and conducted several studies with human subjects before taking his talents into the market research industry in 2000.

Prior to joining FM3, Renato was the Database Programming Manager and a Senior Market Research Analyst for Jackson National Life Insurance, a major financial services company. He analyzed and prepared reports based on financial transaction data and data collected from employee and sales associate surveys. As the Senior Analyst, he helped create and manage the company’s Market Research Department and earned recognition as a SAS Certified Professional Programmer. Renato’s technical expertise and leadership skills ultimately earned him the position of Database Programming Manager where he trained and supervised several programmer/analysts.

Renato is now charged with developing and maintaining the research technologies of FM3 Research. The Researchers of FM3 depend on Renato’s team to coordinate and organize the collection of qualitative and quantitative opinion research data, prepare analytical reports on collected data, and conduct advanced statistical investigations in support of research objectives. Renato is one of the principal liaisons between FM3 and market research service subcontractors. He advises FM3 Researchers on the latest techniques in data collection and sampling methodologies. He also manages the training and development of FM3’s Statistical Analysts and Data Processing Manager; the team that’s vital in providing rapid and accurate analyses of quantitative data.

Renato also leads the team that conducts advertisement and marketing material testing with Perception Analyzer, a system that collects data using dials in a group setting. This technology has supported dozens of high budget campaigns in evaluating the persuasiveness of television advertisements on the electorate.

Renato received his cum laude B.A. and M.A. in Psychology from the California State University, Los Angeles and a M.A. in Psychophysics from the University of California. With more than two decades of experience in data analysis and survey research methods, Renato remains active in the professional communities of the American Association of Public Opinion Researchers and the SAS Software Programming organizations. He continues his professional education through annual seminars and conferences and has presented papers and tutorials to fellow analysts and researchers. He is an active alumnus of the Sigma Phi Epsilon Fraternity which supports his network of consultants and experts in every career field and professional society.