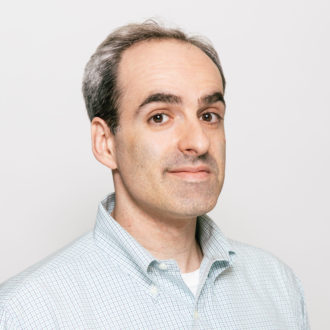 Rick has played a key role in working to secure major victories around the nation, which includes conducting research for independent expenditure campaigns to reelect U.S. Senator Tammy Baldwin (D-WI) and on behalf of Krysten Sinema, who was elected Arizona’s first female U.S. Senator in 2018.  He has also conducted research for U.S. Senator Patty Murray of Washington State for more than a decade and was part of the team that helped former Senator Doug Jones win a special election and become the first Alabama Democrat elected to the U.S. Senate in more than a quarter century.

Rick also frequently provides research for ballot measure campaigns across the country.  This includes campaigns to provide funding for infrastructure, K-12 public education and natural resource conservation. Additionally, his research has been used by organizations to help pass voting rights and anti-gerrymandering initiatives in Ohio, Michigan, Missouri and Nevada, and he has worked with campaigns to pass marijuana legalizations initiatives in several states.

Rick also provides research and strategic advice to private sector companies in a variety of industries, including utilities, sports and entertainment, land-use/development firms, health care providers, logistics and transportation.  His research is also utilized by not-for-profits, trade associations, and government agencies to guide strategic planning, improve outreach and enhance the quality of services

Prior to joining FM3, Rick worked as a member of U.S. Senator Joe Lieberman’s staff in Washington, D.C. where he worked on a variety of issues, including transportation, budget and taxation, and government oversight. He holds a Master’s degree in Public Policy from the University of Southern California and graduated from Colgate University.